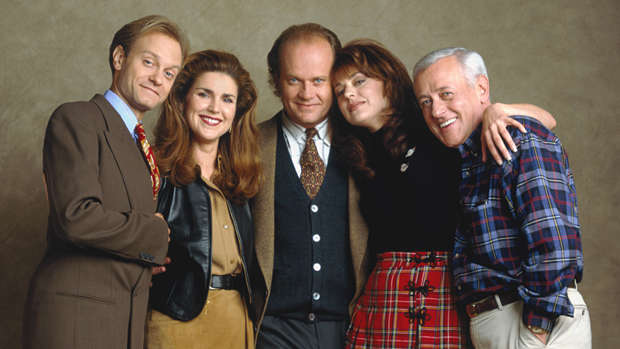 Kelsey Grammer has confirmed plans are underway for Frasier to return to television next year.

Vuture today report that Grammer spoke about the planned reboot during an appearance on In Depth With Graham Bensinger last week.

The 64-year-old actor said while no network had yet moved to secure the return of the Cranes, he has given an idea for the new season the thumbs up.

"We've got it hatched. We've hatched the plan, what we think is the right way to go," he explained.

Grammer wasn't giving away many details but did confirm the new season would see Frasier continuing his search for love in a new city.

"It's not going to be the same Frasier, it's going to be the man in his next iteration. Hopefully that'll be something people like watching. But I think it'll be funny."

During a panel discussion held last year in celebration of Frasier's 25th anniversary, Grammer insisted he would never commit to a reboot unless all of the show's stars - David Hyde Pierce, Jane Leeves, and Peri Gilpin – signed on.

The new show will go ahead however, without John Mahoney, who played the role of Crane patriarch, Martin, before his death in 2018.

"In my own personal approach to what I've discussed with other people," he said at the time, "is that I wouldn't want to do it without these guys."