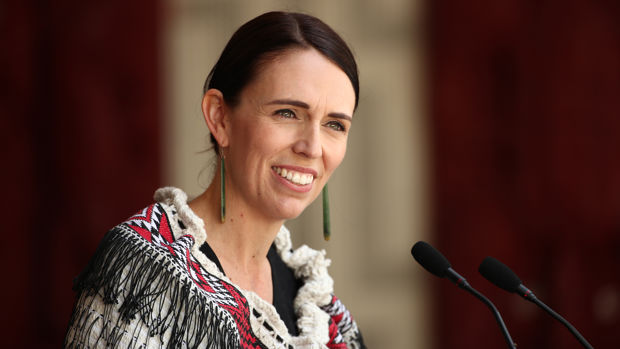 The 'First Baby' took the added attention and crowds in her stride as she joined her parents for the morning events at the historic site.

The toddler, who will be two in June, was seen playing with boxes as dad Clarke Gayford watched on and eating a sausage from the barbecue cooked by her mother.

She then moved into Ardern's arms.

It's not the first time Neve has impressed on an official outing.

Neve also stole the show at Rātana last month after making her first visit to the Pā near Whanganui.