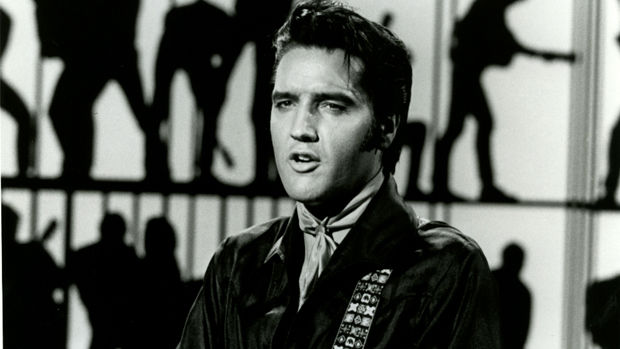 His daughter Lisa Marie Presley, whom he had with his ex-wife Priscilla Presley, was just nine-years-old when he died suddenly from a heart attack.

And now she has opened up about the last time she saw the King of Rock and Roll alive.

The mother-of-four — who has children Riley Keough, 31, Finley Lockwood, 12, Harper Lockwood, 12, and the late Benjamin Keough — has shared with fans her last conversation with him when he found her awake and out of bed that night.

"It was August 16th, at 4am. I was supposed to be asleep, actually.

Lisa Marie recalled her dad kissed her before she left to go back to bed, saying: "That was the last time I saw him alive."

Elvis was found unconscious on the floor of his bathroom by his girlfriend Ginger Alden, who later recalled the devastating night in her memoir, Elvis & Ginger.

Ginger wrote about how she had gone in search of Elvis that night when she found he wasn't in his bedroom and discovered him on the floor of the bathroom.

READ MORE:
• Elvis Presley's granddaughter is all grown up - and she is absolutely beautiful!
• Lisa Marie Presley has shared a photo of her four kids together and fans think her son looks like Elvis

When she found him to be unconscious, she said she phoned downstairs, at which point the singer's father Vernon Presley came, along with his partner Sandy and Elvis' cousin Patsy.

They tried giving the singer mouth-to-mouth resuscitation before paramedics arrived to administer CPR.

At that point, Ginger recalled Lisa Marie appearing in the doorway, writing: "'What's wrong with my daddy?' she asked. I didn’t want her to see her father like this.

Elvis was rushed to hospital in an ambulance but efforts to revive him failed and he was pronounced dead.