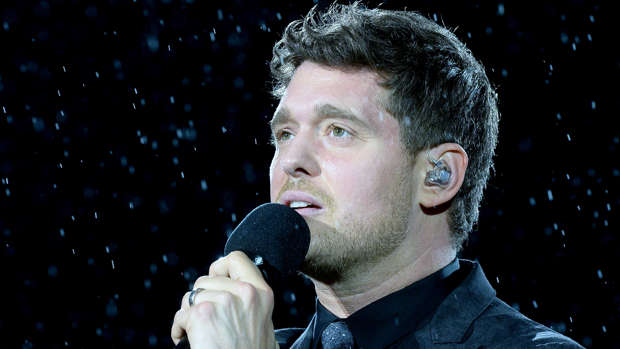 It's something that no parent should ever go through.

But in November 2016, Michael Bublé announced that his then three-year-old son, Noah Bublé, was undergoing treatment for liver cancer hepatoblastoma.

While the Canadian singer did not hesitate to put his career on hold indefinitely to care for his cancer-stricken firstborn, when he eventually made his long-awaited return to the stage at Dublin's Croke Park the moment completely overwhelmed him.

The 44-year-old father-of-three revealed: "That was emotional. I think I cried for like two hours after.

"I was so emotional, man. I remember walking off the stage, and I was a mess. It meant a lot to me."

The 'Haven't Met You Yet' singer took a two-year break from music and returned to stage in July 2018, which marked 15 months since Noah was declared cancer-free by doctors.

"It meant a lot to me, actually. It was one of those big moments in my life. I didn’t know if I would come back, or when, and what would happen."

He added: "Man, that was pure joy. I loved every second of it. It was crazy. It was really emotional."

Michael shares Noah, now six, with wife Luisana Lopilato, whom he married in 2011.

The couple are also parents to son Elias, three, and one-year-old daughter Vida.