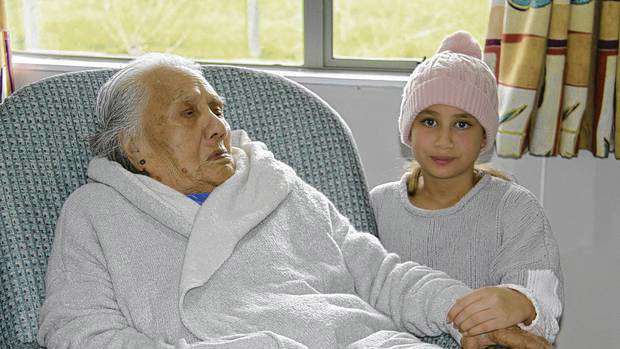 New's Zealand's oldest woman - and possibly oldest person - has died in Wairoa at the age of 107.

According to the August 9, 1912, birthdate in her passport, and in her death notice, Martha (Mata) Timoko (nee Puru) was 107 when she died at Glengarry Lifecare on Wednesday.

Her family have previously said that according to other records she could have been at least a year older.

After a succession of deaths among New Zealand's eldest this year, the most-senior resident is now believed to be Christchurch man Ronald Hermanns, who is set to turn 108 on September 25.

The eldest at the end of April was believed to be Waikato woman Mabel Jenkins, who died in Hamilton in July, aged 109.

The oldest ever reported in New Zealand was Florence Finch, who had come to New Zealand from England in 1966 and lived mainly in Napier where she died in 2007, aged 113.

Martha Timoko was born at Taheke, northwest of Whangarei, and according to her death notice was "nan" to seven generations.

It was reported two years ago that her age was not known until she had to get a passport to allow her to get away from New Zealand winters to visit family in Australia, which she did for about 20 years.

She married in the Far North and as well as Wairoa, to where she moved in 2015 to be closer to grand-daughter Sheryl-Ann Thomas, lived in Haast, Napier, Whangarei and Auckland.