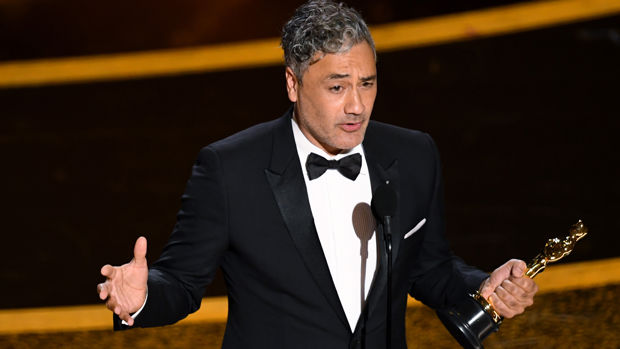 The film was up against strong competition, including gangster epic The Irishman, supervillain origins story Joker and literary adaptation Little Women.

In his speech, Waititi thanked his mother for giving him the book on which the film was based and dedicated the award to "all the indigenous kids in the world who want to do art and write and dance and who are the original storytellers."

"Thank you for being my mother and uh, for many other reasons, for giving me the book that I adapted," he said.

"There are many other people I want to thank, but I can't remember," he joked.

He ended his speech with "kia ora."

Jojo Rabbit tells the story of a 10-year-old German boy in the '30s, a fervent member of the Hitler Youth who discovers a Jewish girl is hiding in his house.

It is based on Caged Skies, a 2008 novel by Christine Leunens, with Waititi credited for the script.

The film stars Roman Griffin Davis as the boy, Jojo, Thomasin McKenzie as the girl, and Waititi himself as Jojo’s imaginary friend, Hitler.