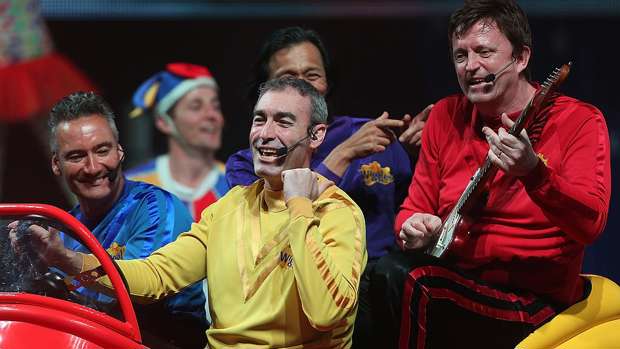 The original Yellow Wiggle, Greg Page suffered a cardiac arrest on Friday night, whilst on stage at an Australian bushfire relief concert in Sydney.

The original Wiggles came together for a one off performance at a sold out Castle Hill RSL to help raise money for two important causes.

Towards the end of the show, Page collapsed as he exited the stage where medics were called to his aid.

Update: At the end of the show this evening there was a medical incident off stage involving Greg Page. Medics were called immediately and he was taken to hospital where he is receiving treatment. We will provide more information as it comes to hand.

The rest of the band then returned to stage without Greg to sing crowd favourite, 'Hot Potato'.

"We're going to sing it for Greg and hope he gets better real quick," Blue Wiggle Anthony Field said.

Many people have rushed to social media to show support for Greg as he recovers in hospital.

really gotta give it to all of the #thewiggles tonight for smashing out ALL the dance moves and legit giving their all!!! me at the age of 22 was just struggling in the audience!
Really hope Greg will be okay! he was none stop all bloody night 💛

The benefit show was the first time the original Wiggles had been on stage together since 2012.