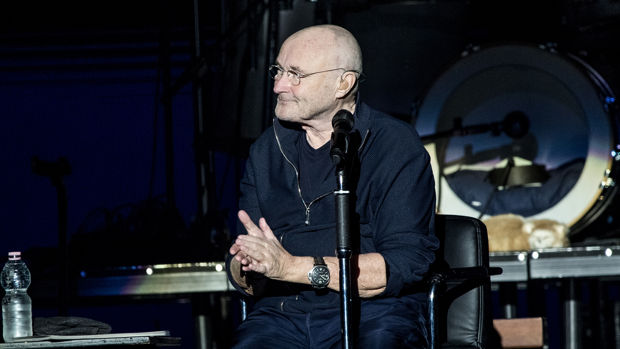 Last week, for the first time in 14 years, Genesis hit the road together for their rescheduled The Last Domino? tour, but for legendary singer Phil Collins his deck of dominoes has seemingly reached an end.

After recently revealing he can "barely" hold a drum stick in his hand because of deteriorating health, the 70-year-old has also admitted the currently reunion tour will be his last.

Speaking in an interview with the Mojo over the weekend, Collins was asked about extending the tour beyond 2021 if the shows went well.

Sadly, he told the interviewer very adamantly: "This English and American tour, that will be enough for me."

Collins essentially retired from playing the drums in concert in 2009 after he suffered nerve damage in his hands following a dislocated vertebra in his upper neck, making it impossible for him to play or even stand on his own for long periods of time.

He's since left drum duties to his son Nic Collins and has performed seated for all of his recent shows.

Alongside Collins, Tony Banks and Mike Rutherford have reunited for shows across the UK and Ireland, marking the band's first time performing together since the last Genesis show in 2007.

Peter Gabriel and Steve Hackett are not be taking part in the reunion.