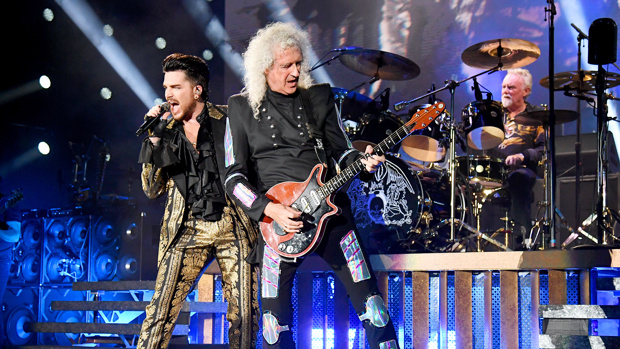 Queen Elizabeth II is set to mark her 70 years on the throne with a huge concert featuring some of the biggest stars from around the globe.

The Platinum Party At The Palace will take place on June 4 at Buckingham Palace, with Queen and Adam Lambert kicking things off.

The performance comes 20 years after guitar legend Brian May performed 'God Save the Queen' from the rooftop of the same royal residence for the British monarch's Golden Jubilee in 2002.

Speaking about the upcoming concert, the 'We Are The Champions' hitmaker said: "Twenty years after playing the Queen's glorious golden jubilee, we’re very happy to be invited again. Then there was a moment when I wondered … after Buckingham Palace roof, where can you go? Well … you will see."

With a duration of two-and-a-half hours, there will also be special appearances from the likes of Sir David Attenborough, Dame Julie Andrews, Stephen Fry and football legend David Beckham.

Then soul legend Diana Ross will close it out with a medley of her greatest hits.

Elton John will also take part in the extravaganza, however, his performance will be pre-recorded as he is currently on tour.

What a line up!