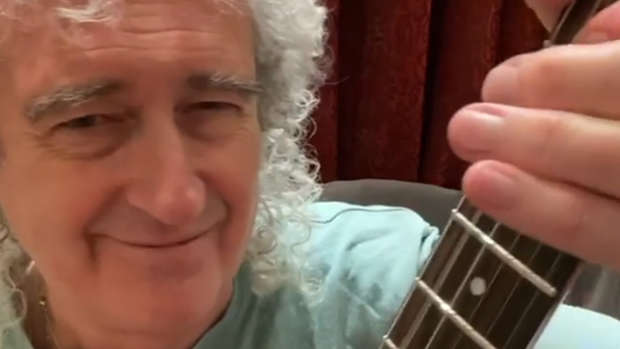 Throughout the global pandemic, Queen fans have been treated to a series of special micro-concerts by the legendary Brian May.

And now he has teased an epic guitar solo from a new Christmas song he is working on with Kerry Ellis from West End's We Will Rock You musical.

Taking to Instagram, May shared an up-close clip of him playing the original rift.

Alongside the video, the 73-year-old wrote: "Pre-emptive soloing! From one beautiful Christmas song!

"This might lodge the tune nicely in your head - ready for the release of the Kerry Ellis Christmas record!! Ft. Brian May, apparently. Soon!! Bri."

In the clip, the Queen legend wished fans a very early Merry Christmas before discussing the new song.

He said: "And that little piece is from a record called … oooh should I tell you?

"Well, it's a Christmas record and it will have the name of Kerry Ellis on it and features someone a lot like me."

We can't wait to hear it in full!