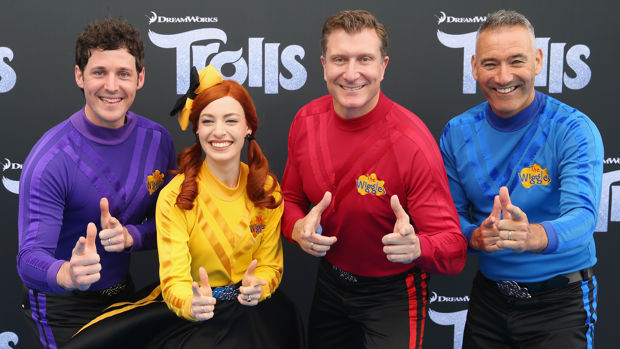 If there's one thing The Wiggles are known for - apart from their colourful skivvies and their catchy songs - it's their signature hand gesture.

You know the one ... when the Australian group wiggle their hands with their thumb and index finger out.

But how the iconic hand gesture came about will shock you!

Speaking to SBS programme The Feed in Australia, The Wiggles’ co-founder Murray Cook revealed that the hand gesture was created to show where the group's hands were when they were photographed with children.

Cook, who was the original red wiggle and is still involved in the group, said the move represents a sad reality for male childhood educators and entertainers.

"In photos for instance, if there are kids there, if you've got your hands doing this [Wiggles finger gesture], everyone sees where your hands are," he continued.

We really weren't expecting that, but it makes sense!