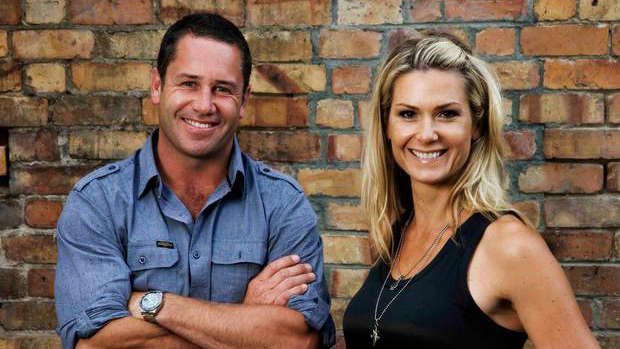 She was the girl next door whose television career spanned 22 years.

The former model and Miss Universe New Zealand now owns a property investment company and told the Herald on Sunday she is "deeply private".

"I had an amazing career in television but I don't miss it. I am reclusively withdrawn and socially retarded. I have become a small person in my own little world. It is liberating to have anonymity."

The 52-year-old began her career on Sale of the Century in 1989 and Wheel of Fortune the following year. She went on to star in a raft of reality shows including Off the Edge, Across the Ditch, Can you Hackett, Who Dares Wins and Celebrity Treasure Island.

But she counts SportsCafe as her favourite.

"It was a live show which presented its own challenges. It was chaotic but liberating because it wasn't scripted."

While filming an episode of Celebrity Treasure Island in Fiji Coc-Kroft became ill from a coral cut, and was flown to hospital with potentially fatal streptococcal toxic shock syndrome.

"I was in hospital for five weeks and it took me a year to recover," she said.

"I died a couple of times but when you are that sick you don't know. The overwhelming thing is how it affected the people around me more than it affected me because they had to live through it."

She believes being the "girl-next-door" opened "amazing" opportunities for her in radio and television.

For the past 14 months, Coc-Kroft has put all her energies into her first love – property.

The Companies Office shows she is a director and shareholder of two companies with her husband Steve Gleye, with whom she has two sons and a daughter. They live in Remuera.

"We are into developing, we buy and sell. I don't miss any of the publicity, good or bad. I want to be remembered as someone who is approachable. I am happy for people to come up to me and have a chat because they feel they can."