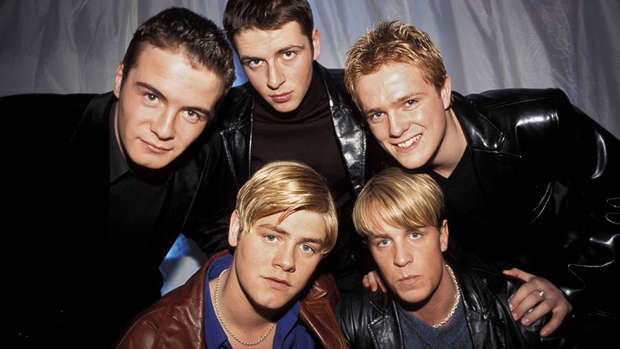 Back in the late '90s five Irish heartthrobs took the world by storm.

Topping the pop charts with hit ballads like 'Swear It Again', 'If I Let You Go', 'Flying Without Wings', 'World Of Our Own', 'My Love' and 'Uptown Girl'; their tunes blasted through our Sony walkmans.

But whatever happened to them after they parted ways in 2012?

Shane Filan
Shane has had a bit of a rough ride since leaving Westlife.

After a few bad property investments, Shane was declared bankrupt - owing to the bank £18million.

Manager Louis Walsh sorted the now 40-year-old out, hooking him up with a solo deal, world tour and autobiography 'My Side of Life'.

Shane married his childhood sweetheart, Gillian Walsh in 2003. Together they have three children: daughter Nicole Rose, and sons Patrick Michael and Shane Peter.

Mark Feehily
Since leaving Westlife, Mark - who now uses his full name Markus - disappeared off the face of the earth.

In 2011, he split from his fiance Kevin McDaid of six years, which resulted in the 39-year-old gaining a lot of weight.

Now, he runs his own catering business and is working on his solo career after debuting his single 'Love Is A Drug' in 2015.

Kian Egan
Kian has been extremely successful since leaving the band.

The father-of-two, who married English actress and singer Jodie Albert in 2008, won I'm a Celebrity...Get Me Out of Here! in 2013 and is now a coach and mentor on The Voice Ireland.

Now, the 40-year-old works in Ireland as a TV and radio presenter.

In 2016, he released his debut single 'Sunlight' and performed it in the Eurovision Song Contest.

Like Shane, Nicky married his teenage sweetheart Georgina Ahern - whom he met when they were about 12 years old - in 2003.

The couple has twin sons, Jay and Rocco, and daughter, Gia.

Brian McFadden
Brian was the first to leave Westlife back in 2004, so he could focus on a solo career.

After a moderately successful solo career, Brian moved into TV presenting after landing the role as a judge on Australia's Got Talent in 2010.

These days Brian tours with Boyzone star Keith Duffy under the name BoyzLife.

Brian was previously married to former Atomic Kitten singer Kerry Katona, with who he has two children.

In 2004, he began dating Australian singer and actress Delta Goodrem, before they split in 2011.

In 2012 he married Vogue Williams before they separated in 2015.

Earlier this year the boys decided to reunite before releasing two new comeback singles - both of which were written by none other than British superstar Ed Sheeran.

The singles come ahead of a brand new album, which is set to be released in September and will mark Westlife’s first album in nine years!