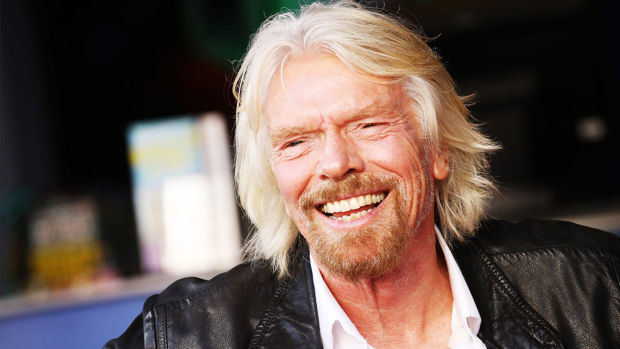 Dyslexia is often picked up around age 7 or 8 by observant parents, who notice their clever child who loves to learn is falling behind in reading, writing and spelling - which doesn't make sense.

Traditionally thought of as a learning disorder, dyslexia affects a part of the brain that processes language.

It's an alternative way of thinking, with at least one in 10 New Zealanders having it.

But it also enables incredible problem solving, flexibility, innovation and the ability to solve complex problems through creative thinking.

He's a vocal advocate for dyslexic awareness, as well as a pretty successful entrepreneur in spite of (or because of) his dyslexia.

Amazingly, he agreed to share his insights with her.

According to Branson, dyslexia is a superpower that needs to be embraced and supported in schools.

He explains: "When I was in school, the biggest challenge was that dyslexia wasn't really well-known. To most people – my teachers, my friends – I was just another kid struggling to read and write. And while we have made great progress in understanding dyslexia, it is still often treated as a disability and a distinct disadvantage. It shouldn't be that way. I believe in the game-changing power of dyslexic thinking".

An entrepreneur since a young age, Branson took the traditional concept of selling cupcakes by the letterbox a little further than most. As a young boy, he ran many businesses and credits his Mum, Eve Branson, for supporting his wild ideas rather than squashing them.

From leaving school at 16 to start a magazine to launching a mail-order record business, thinking outside the box and pushing the boundaries has enabled exciting additions to his companies over the years growing a range of Virgin titled companies, today valued in the billions.

Branson reflects on these milestones: "Once I was freed from old fashioned schooling practices and preconceptions about how things should be done, my mind opened up. Out in the real world, I feel my dyslexia has been a massive advantage: it has helped me to think creatively, to see the big picture where others don't and to view challenges as opportunities".

Branson says neurodiversity can give a business a successful edge.

"My dyslexia has shaped Virgin right from the very beginning. The heightened sense of imagination that comes with being dyslexic has been key to many of our successes (as a company).

"It helped me think big but keep our messages simple. The business world often gets caught up in facts and figures; and while the details and data are important, the ability to dream, conceptualise and innovate is what sets the successful and the unsuccessful apart. I've also built a talented team of people around me and learned quickly to delegate the things that I found more difficult."

Recognition is growing globally to value dyslexia as a gift, a superpower of creative brilliance. Branson explains: "One of the strengths people with dyslexia often have is a strong imagination. It's always helped me to have big dreams and to keep looking forward.

"Throughout history, dyslexics have imagined and achieved many things that have shaped our world. Thomas Edison illuminated our lives, Henry Ford made cars accessible to all, Steve Jobs gave us pocket computers. The other strength is problem-solving – I try and find an opportunity in every challenge that comes along. As an entrepreneur, there are always lots of problems to try and solve".

So what role did school have to play in his future success? Little it turns out.

Branson reflects: "I dropped out of school when I was 16, but it wasn't until later on in life that I learned I had dyslexia. At school, my teachers thought I was lazy, and I couldn't keep up or fit in. So, it's not a surprise that school didn't work out for me."

Sadly, stories like these seem all too common here in New Zealand too, with dyslexia often undiagnosed at school.

Reflecting on the issue of dyslexia in schools today, Branson said: "Despite the world really needing dyslexic thinking, children are still being taught to conform and do well on tests. We should be supporting children with dyslexia to realise their potential, starting at school and running right through to the world of work. Many of the skills that dyslexic children have are the skills we desperately need more of – from creativity to problem-solving to imagination".

"Help your child discover what interests them and support them to pursue that passion and fulfil their potential. I was very fortunate to have very supportive parents who helped me along the way. They taught me that every day is a fresh chance to achieve something new."