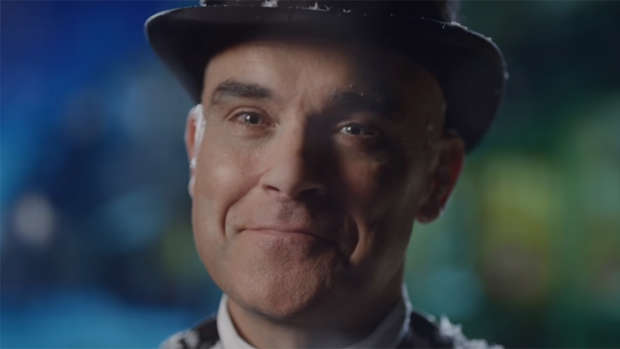 It may only be November, but we are already starting to get in the Christmas spirit.

And it seems British popstar Robbie William’s is too!

Join me at @ssearena for my very special Christmas show. Pre-order my new album The Christmas Present before 4th November to get priority access to tickets - Head over to RobbieWilliams.com for details.

Last month he revealed that he would be releasing his first-ever Christmas album, and now the Millennium hitmaker has unveiled one of the very first singles from that album.

The music video for their jazzy duet sees Robbie and Jamie singing at a grand piano, backed by a band to create a song that’s upbeat and full of Christmas cheer.

This isn’t the only Christmas track Robbie has debuted from his upcoming album, The Christmas Present, due out November 22.

The 45-year-old singer shared a video for a Christmas song called Let’s Not Go Shopping, which features the lyrics "Let's not go shopping, just hang your stocking / And leave that shopping to Santa Claus".

We absolutely love it!