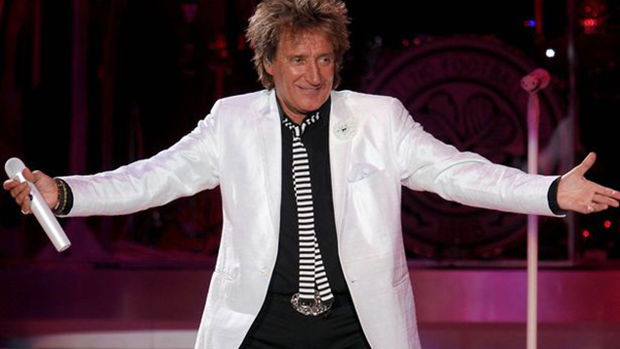 Sir Rod Stewart and Robbie Williams have taken their relationship to the next level – with the long-time pals now recording a song together.

Yesterday, the 74-year-old music legend announced he was releasing a new album, featuring a collection of his greatest hits which have been re-recorded with the Royal Philharmonic Orchestra.

Ladies and gentlemen, BIG news! The new album, 'You're In My Heart: Rod Stewart with the Royal Philharmonic Orchestra' 🎻 is due out 22nd November. 🎶 A thrill of a project recorded at Abbey Road Studios and produced by legend, @TrevorHornMusic. Lush versions of your favorite songs. You’re going to love it.

And now it has been revealed Rod had asked Robbie, 45, to collaborate with him on a track for the upcoming album.

A music insider said: "Rod and Robbie have long been fans of each other’s work and Robbie sees Rod as an inspirational mentor.

"They socialise regularly in the US, where they both live, and have been waiting for this moment for a long time.

"It’s an iconic moment for them both — and they sound great together."

The exciting news comes just days after the father-of-eight revealed he has beaten prostate cancer after a secret three-year battle.

The music legend was diagnosed with the potentially deadly disease in February 2016 after a routine check-up, but has beaten the cancer because he "caught it early".