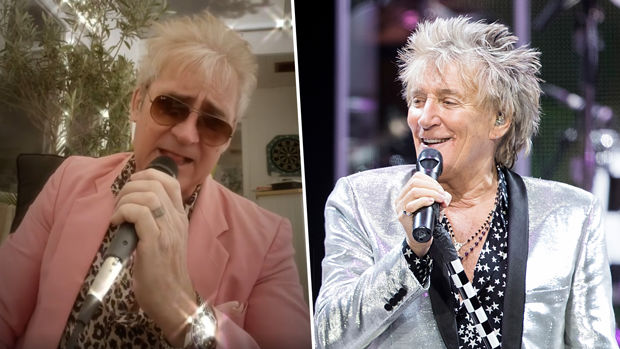 He's one of the biggest names in music history, yet Sir Rod Stewart cheekily decided to spend £25 on a tribute act impersonating none other than himself as a surprise for his son's 26th birthday.

The rock legend and his wife Penny Lancaster paid singer Michel Dean aka 'Rud Stewart' to record a humorous message for his son Liam - whom he shares with ex Rachel Hunter.

In the video - shared on his Instagram account - Rud dons a bright pink jacket, a leopard print shirt and shades as he wished Liam a happy birthday.

"I've got a message here for you from Penny Lancaster - not too shabby," he tells Liam.

He then read the message which said: "Happy Birthday Liam, you’re in my heart.

He then sings 'Have I told You Lately That I Love You' and 'Da Ya Think I’m Sexy?' for Liam.