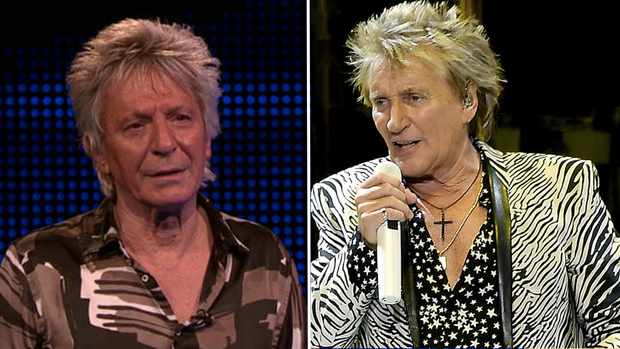 He 'wears it well' just like Rocking Rod himself, but social media is going into a frenzy after a Rod Stewart doppelgänger was seen on ITV's The Chase.

And to make things even more interesting, there seemed to be a Marilyn Monroe look-a-like on the same show.

Suzie, 43, from London appeared on the same panel as Gerry, 69, from Sheffield – and even host Bradley Walsh couldn't help pointing out their resemblance to the two stars.

No one can convince me this isn’t Rod Stewart on #TheChase right now. pic.twitter.com/zlLSOLKzux

Viewers of the show were left shocked at the contestant lookalikes, with one person writing on Twitter: "No one can convince me this isn’t Rod Stewart on #TheChase right now."

Another wrote: "Rod Stewart and Marilyn Monroe both on #TheChase what a time to be alive."