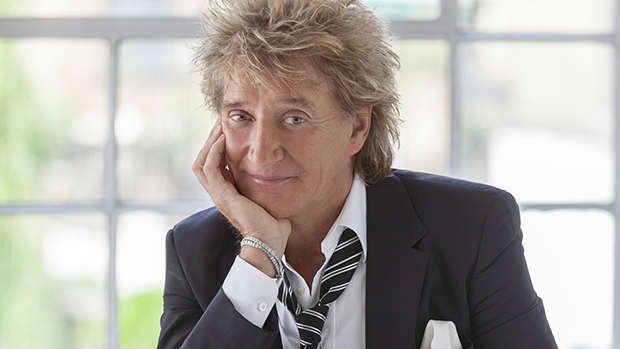 A student nurse who nearly died after contracting coronavirus has received one truly incredible gift from Sir Rod Stewart.

Natasha Jenkins spent weeks in a coma and 22 days on a ventilator after falling sick just before Mother's Day.

After being intubated, her condition began to improve and she eventually tested negative for the virus.

However, despite her beating the virus, the 35-year-old still has a long road of recovery ahead of her.

The mum-of-three now needs the support of a frame to walk, has crippling fatigue and needs 12 months of rehabilitation.

When Jenkins was finally reunited with her children last week, a video of the heartwarming moment was shared online and was spotted by Rod - which prompted him to get in touch with Natasha.

The 75-year-old musician sent Natasha £5,000 so she could recover at home without having to worry about money coming in.

He also gave second-year trainee nurse a handwritten note on a photograph, writing: "Hi Natasha, a small gift to help you through the rough times."

Natasha said that when the 'Forever Young' hitmaker's office called and asked for her address, she was just expecting a get-well-soon card.

"[He] sent me quite a substantial bit of money to help me through the times I'm going through," she said.

"That was amazing — obviously I can't work at the moment. I've had to take time off from university, so it's a massive help. I'm a single parent with three children.

"When I saw what Rod Stewart had sent me I was absolutely gob-smacked.

"It was a really, really lovely kind thing for him to do," she said.

Natasha said she's thinking of what to do with the gift and is considering a treat for her three children - Codie, 16, Elise, 12, and Oakley, six - next year.