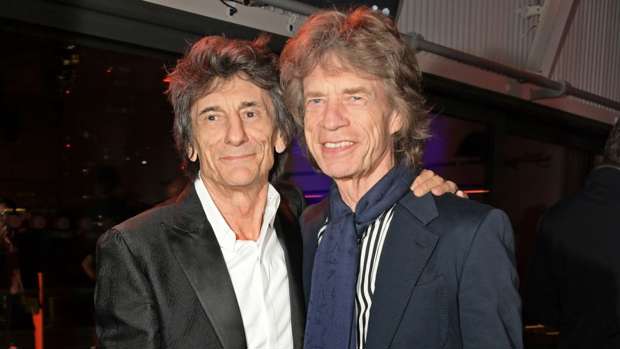 The Rolling Stones rocker has previously battled addictions to drugs and alcohol and although his problems took him to a "dark place", he wouldn't change anything about his past and he's grateful to have survived.

He said: "Freebase took a long time to get off, it was really nasty.

"But looking back, I still wouldn't change a thing; it was a learning curve that I had to go through. Because while you're actually using it, you don't see you're in that dark place. Only when you look back, you go, 'f***ing hell, that was terrible.'

"The human animal can survive a lot of stuff. You only realise that when you're lucky enough to pull out of it and look back. That's what my life is; it was survival. I'm lucky to be here."

Sweet Home Chicago! Can’t wait for the #StonesNoFilter tour to start this Friday in Chicago! Who’s coming to the shows?!

In 2017, Ronnie was diagnosed with lung cancer but given the all-clear after a five-hour operation and he's thankful the disease didn't spread and hasn't returned.

He told the Daily Mirror newspaper: "I was so lucky to have my cancer removed from my left lung and for it not to be anywhere else in my body. I had a check-up the other day; got the all-clear again. You have to keep checking. I have a scan every six months but it's worth it."

These days the 72-year-old guitarist leads a much quieter life with his wife Sally, 41, and their three-year-old twin daughters, Alice and Gracie, and he's still taking sobriety one day at a time.

He said: "Sally was never bossy, and like, 'You've got to stop'. She appreciated me both ways, but much more now I don't smoke, drink and drug.

"It's a daily process staying sober. I have my meditation books, and start the day with a plan. One day at a time is fine."

And Ronnie - who has four adult children from his two previous marriages - is determined to make the most of every minute.