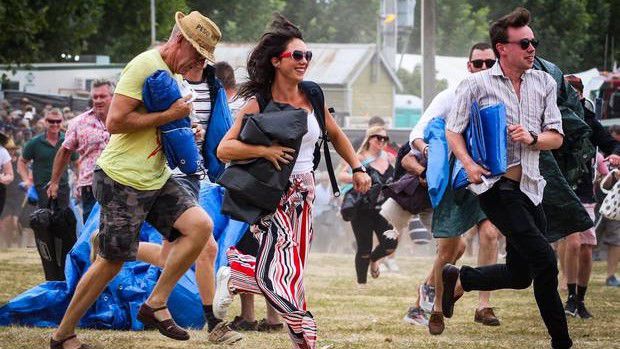 Even though it's a Saturday, and as we know Saturday night's alright for fighting, hopefully, there were no squabbles over seating at Mission Estate tonight.

Once the gates were open, photographs of Elton John fans charging for the best available seats captured the grimaces on their faces.

Armed with blue tarpaulins, blankets and deck chairs, the fans channelled their inner-Usain Bolt to beat the rest of the pack for the best view of tonight's Elton John concert. Guitarist Davey Johnstone, who has been with John for more than 3000 shows, said punters should not expect a quiet sit down with ballads.

"Nothing could be farther from the truth. We get out there and we hit it really hard," he said.

"We rock very, very hard. A lot of people who come to the shows are quite surprised by just how hard this band rocks."