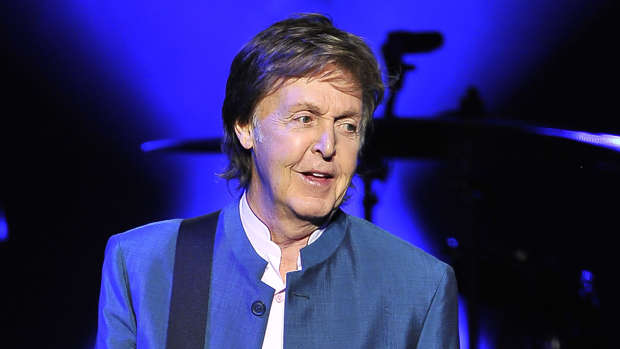 After more than 55 years in music, the legendary Paul McCartney has one of the most recognisable faces in the industry.

But recently, fans have been freaking out after discovering his doppelganger. And his doppelganger is none other than his very own grandson. While it's often not surprising that children inherit a few characteristics from their parents, or in this case, grandparents, Arthur is literally the spitting image of his famous grandad!

READ MORE:
• America's Got Talent singer's cover of John Lennon's 'Imagine' is SO BEAUTIFUL it will give you chills!
• Paul McCartney and Ringo Starr reunite for surprise rendition of 'Sgt. Pepper’s Lonely Hearts Club Band'

With their slightly round faces and sweet smiles, the duo both exude the same casually cool vibe that his grandpa is famous for. The 20-year-old initially attended University College School in North London, before moving to the United States to pursue an Ivy League education at Yale University.