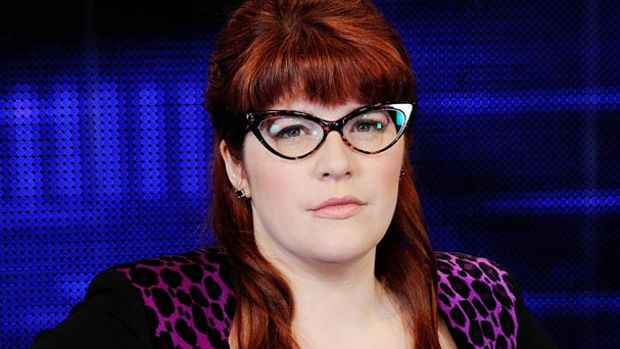 She always graces our screen in her black and purple leopard print dress with her iconic glasses and red hair teased back into a beehive, but The Chase star Jenny Ryan (AKA The Vixen) has left fans surprised after she made a startling admission that the glasses don't actually belong to her.

While discussing her "superstitions" on the podcast Open Mind, the much-loved Chaser revealed ITV bosses on the show will not allow her to take home the glasses because it's not her "property."

Jenny remarked: "I have to put my outfit on in the same order. It’s sort of a superstition. The last thing I put on is the glasses.

"The glasses which I’m not allowed to take home because they’re far too precious. They are property of ITV.

"God forbid anything should happen to those glasses."

Jenny added: "As soon as those pair of glasses go on I’m falling into character and then a short walk into the studio."

The 39-year-old brainiac also revealed the role she has to play on the show is not a reflection of who she is as a person - branding The Vixen as a "bit condescending and snarky" at times.

"The Vixen character is not quite me. A part of that is putting up this huge front of being strong, impenetrable, really tough and a little bit condescending," she said.

"A little bit snarky sometimes if the contestants give me a reason to be. That’s not quite who I am really."