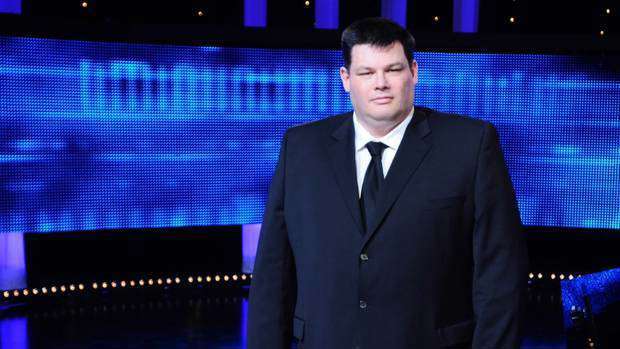 'The Beast' has lost nearly 20 kilograms after a type 2 diabetes diagnosis / photo supplied.

The Chase star Mark "The Beast" Labbett has shown off his dramatic weight loss, sporting a much trimmer figure as he made a guest appearance at a small town pub quiz.

According to the Mirror, Labbett has been focusing on losing weight for the past six months, and has now dropped just under 20kg thanks to cutting back on sugar and running around after his son.

The change was prompted after he was diagnosed with type 2 diabetes, which can be caused by obesity.

Labbett has been keeping fans updated on his weight loss journey revealing on Twitter that he'd "lost four inches off my chest and six inches off my belly in last six months".

He added: "They have bought me a new suit for the show [The Chase]. First target achieved."

The new look comes after he and his wife Katie split in May after he discovered she had been cheating on him with another man for more than a year.

However, just a month ago he revealed that he was giving her a second chance. Mark "The Beast" Labbett, before and after his dramatic weight loss. Photos / Twitter, Supplied

In 2017, Labbett appeared on UK panel show Loose Women as part of their male Body Stories campaign, where he opened up about his type 2 diabetes diagnosis.

He confessed to eating up to 10 bars of chocolate a day, he said: "I'm not going to complain. I've done the crime so I'll do the time."

However, he also spoke about maintaining a good relationship with his body, simply stating: "I am what I am."