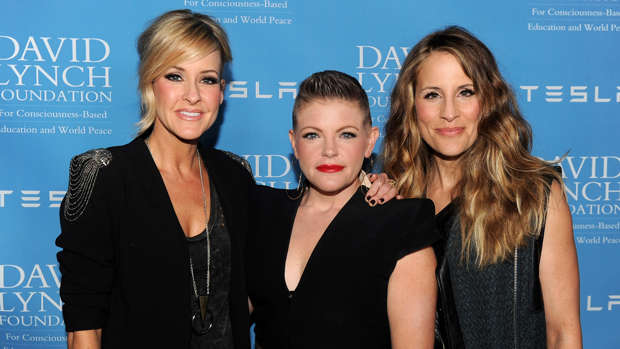 The Dixie Chicks have dropped the word Dixie from their name, and are now going by The Chicks.

The country music trio - who were blacklisted by networks and boycotted by fans after they criticised Republican President George W. Bush and the U.S.-led invasion of Iraq in 2003 - change their social media accounts and website overnight to refer to the new name for the band.

The use of "Dixie" — and its association with the Confederate states — has come under renewed scrutiny in recent weeks following protests and national conversations about systemic racism after the death of George Floyd in America.

“If your voice held no power, they wouldn’t try to silence you.” - unknown

"We want to meet this moment," reads a message posted on the site, signed by frontwoman Natalie Maines, and sisters Emily Strayer and Martie Maguire.

The band also recognised that the name was already in use by a female rock duo in New Zealand from the 1960s.

In their statement, the Grammy-winning country group thanked the original "Chicks" for "their gracious gesture in allowing us to share their name."

They wrote: "A sincere and heartfelt thank you goes out to 'The Chicks' of NZ for their gracious gesture in allowing us to share their name. We are honoured to co-exist together in the world with these exceptionally talented sisters."

The Chicks, who are releasing their first new album in 14 years next month, also released a new video for their new song, 'March March', which features footage and images from the recent Black Lives Matter rallies, while the names of Floyd, Breonna Taylor and dozens more flash across the screen.

The Chicks are the best selling female group in America with more than 33 million albums sold in the United States.

Formed originally in Texas as a bluegrass group, the band hit commercial fame with their breakthrough album Wide Open Spaces. The band has won 13 Grammys.