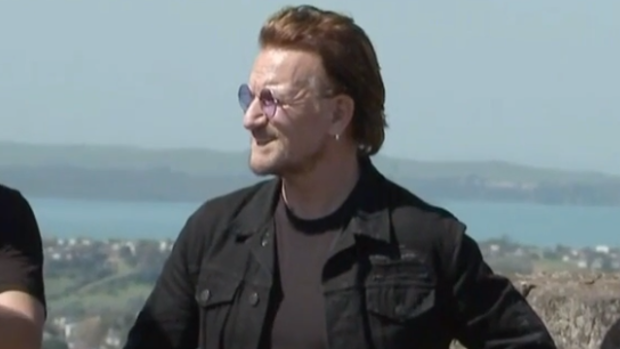 Video: Newshub / U2 / NZ Herald
U2 have been spied atop Auckland's iconic One Tree Hill, paying tribute to their much-loved friend and late roadie, Kiwi Greg Carroll.

The Irish rock band are in New Zealand for the Joshua Tree tour, and are planning a special tribute to Carroll at this weekend's shows at Mt Smart Stadium.

MediaWorks reported the band were seen at the memorial on One Tree Hill, a volcanic peak known in te reo Māori as Maungakiekie.

The band first met Carroll in New Zealand in 1984 during their Unforgettable Fire tour. He charmed his way into a job and became close friends with lead singer Bono.

Carroll was killed in a motorcycle accident in Dublin in 1986, aged 26. U2's song One Tree Hill was penned by Bono and released in 1987 in Carroll's memory.

Article first published in the NZ Herald and republished here with permission.