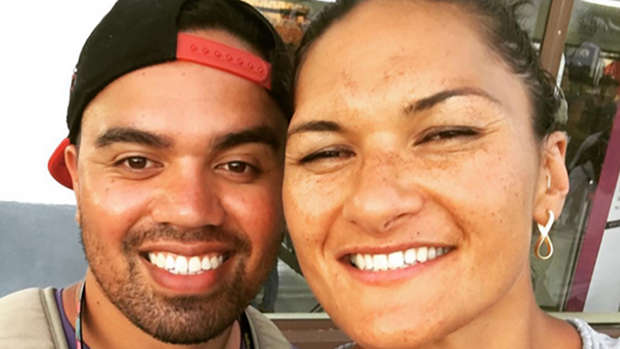 It's hard to believe it has already been over a year since Dame Valerie Adams welcomed her second child into the world!

But while she often treats fans to photos of her son, Kepaleli, and his older sister, Kimoana, separately, the Kiwi shot put champion has just shared the most adorable photo of the siblings together.

Taking to Instagram, the 35-year-old shared a snap of Kepaleli and Kimoana snuggled up together in what appears to be a bicycle trailer, modelling their new clothes - handmade by Adams!

Clearly putting her time in lockdown to good use, Adams captioned the post: "Our babies off to daycare dressed by my amateur sewing skills.

"I packed some spare clothes just in case they fell apart during the day 😂🤦🏽‍♀️ #newskills #practicemakesprogress #mumlife."

Adams announced her and husband Gabriel Price were expecting their second child in October 2018.