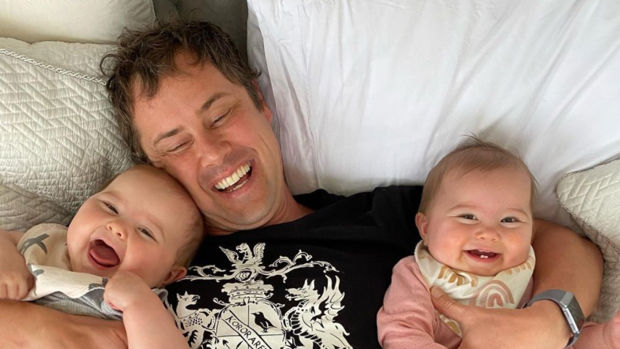 Watching our babies grow and develop over the first couple of years is exciting – so much happens!

And for Sam Wallace, this weekend marked a new milestone for his identical twin baby girls ...

Sienna and Cosette – who were born on January 21 – are officially crawling!

Taking to Instagram, the father-of-three shared a video of the nine-month-olds on their tummies commando crawling.

Alongside the video, Sam wrote: "AND THEY’RE ON THE MOVE.

"Well Cosette is! She’s mastered the commando crawl. Sienna has gone straight to the proper knees up version and it this stage only goes backwards 😂😂😂"

It won't be long before they're walking!