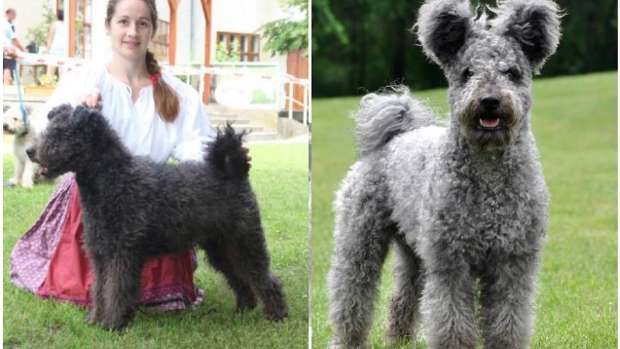 The American Kennel Club has announced that it is officially recognizing the 190th breed of dog … the Pumi. According to AKC, the Pumi is an energetic and lively breed originating in Hungary.

The herding breed, pictured, has actually been around for a long time in Europe but has only just started making an appearance elsewhere.

Now that it’s recognized as an official breed, the Pumi will be able to compete in dog shows and is likely to become a much more popular breed around-the-world. (Provided you like a dog with mouse ears!)