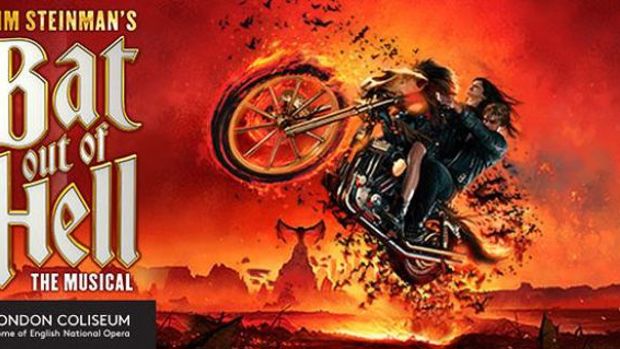 Just in time to celebrate its 40th anniversary, Meat Loaf's famed 1977 rock opera Bat Out of Hell has been made into a musical scripted by Jim Steinman, the man who wrote all the songs on the best-selling album.

The musical, which opens in London this February, will incorporate the songs that helped make the first album such a global phenomenon, including "Paradise by the Dashboard Light," "You Took The Words Right Out Of My Mouth (Hot Summer Night)," "Bat Out Of Hell," and "Two Out Of Three Ain't Bad," plus others such as "I Would Do Anything For Love (But I Won't Do That)" from Bat Out of Hell II.

Billed as a high-octane rock and roll adventure, BAT OUT OF HELL is a romantic story about rebellious youth and passionate love against the backdrop of a post-cataclysmic city. Following Strat, who has fallen in love with the daughter of the despotic Falco.