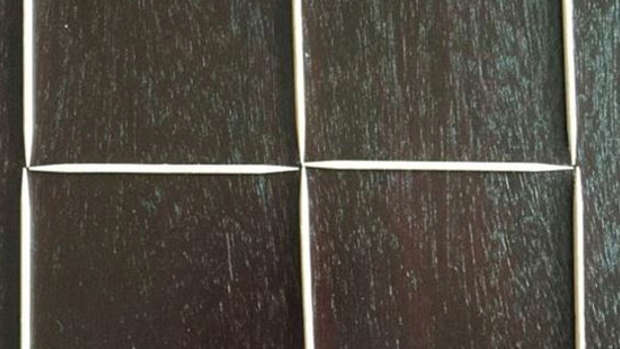 It doesn't involve complex riddles, optical illusions or cryptic clues, but the latest brainteaser to sweep the internet is testing the resolve of many.

The simple game uses 12 toothpicks, and the aim is to turn a four-square pattern into just three squares, using only three moves. The puzzle appeared on question and answer website Quora, and the Daily Mail, and has left many scratching their heads.

While it looks easy, the game has a set of rules that up the difficulty factor:

• One move means moving a toothpick in any way.
• A perfect square means all four corners have to be closed, with toothpicks touching.
• You aren't allowed to break or modify a toothpick.
• You can't put two toothpicks beside each other and count that as one side.
• You must use three moves, no less, no more.
• each square needs to be the same size.
• Every toothpick must be used.

If you're yet to solve the puzzle, here's the answer:

Start by moving a toothpick from the top left over to the middle right. Next, take a toothpick from the top left again, this time placing it on the far right hand side. For the last move, and this is where many have tripped, take the middle bottom toothpick and move it over to the right.