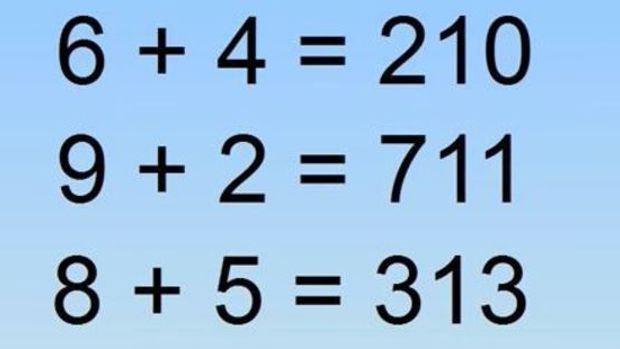 There's a new puzzle sweeping the internet, and lets just say it's quite tricky!

In the puzzle below, can you find the pattern in the numbers? According to The Sun, there are claims that anyone who understands the brain teaser has an IQ of 150, a level that is apparently only bestowed on 1 per cent of the world's population, and considered 'genius' territory.

One YouTuber has even created a "test for the test" to see if people really have their heads around the riddle, or if they're just trying to look clever on social media.

The founder of Mindyourdecisions.com, Presh Talwalker, challenged people if they really knew the logic, they could answer this:
If 6+4= 210, then ?+??=123

If you split the number in two: the answers you need to get are 1 and 23
See which numbers will add together to make 23. You need to also be able to subtract one from another to give you 1.