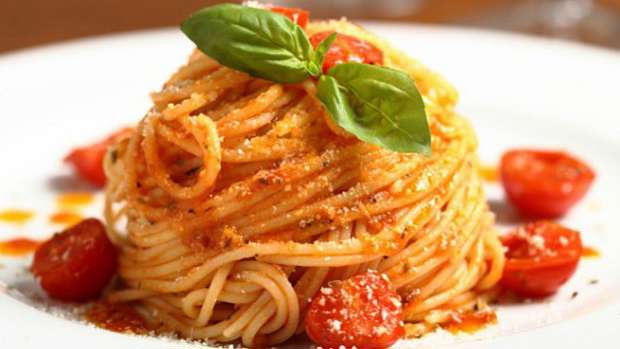 Pasta has earned itself a bad rap for being a carbohydrate-rich food that makes you pile on extra kilos. But now those who love pasta can take a sigh of relief as a new study by the Department of Epidemiology, I.R.C.C.S. Neuromed, in Italy has found that pasta consumption doesn’t contribute to obesity; and, on the contrary, is associated with a decrease in body mass index (BMI).

For the study, Italian researchers examined the eating habits of more than 23,000 people.

After evaluating the participants’ eating patterns and examining measurements of their hip and waist circumferences, the researchers found that pasta consumption was not associated in any way with weight gain. Rather they noticed the opposite effect. People who consumed pasta with several different toppings lost weight, they affirmed.

“By analysing anthropometric data of the participants and their eating habits we have seen that consumption of pasta, contrary to what many think, is not associated with an increase in body weight, rather the opposite,” said first author George Pounis, from IRCCS Neuromed.

The researchers asserted that pasta is a basic component of the Mediterranean Diet, which is touted by many nutritionists as one of the healthiest nutritional regime.

“In popular views, pasta is often considered not adequate when you want to lose weight. And some people completely ban it from their meals,” said lead author Licia Iacoviello, Head of the Laboratory of Molecular and Nutritional Epidemiology at Neuromed Institute.

“In light of this research, we can say that this is not a correct attitude. We’re talking about a fundamental component of Italian Mediterranean tradition, and there is no reason to do without it,” said Iacoviello.

“The message emerging from this study is that mediterranean diet, consumed in moderation and respecting the variety of all its elements (pasta in the first place), is good to your health,” added Iacoviello.

The findings appear in the journal Nutrition and Diabetes.