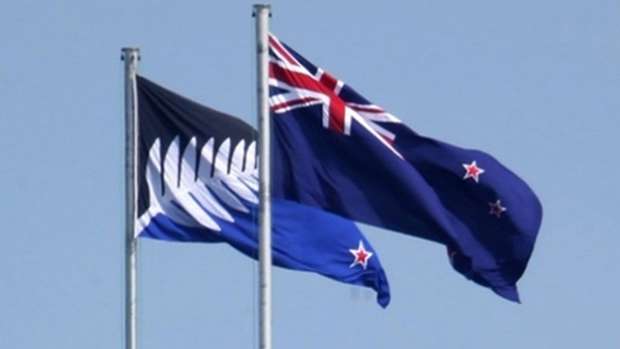 The potential cost of changing New Zealand's flag is not known, but the Government says it will not be in the hundreds of millions as one MP has claimed.

The second flag referendum on the national flag will wrap up this week, and a preliminary result will be announced on Thursday.

If the alternative flag wins the referendum, all flags on public buildings will need to be changed to the silver fern design.

The Ministry of Justice has estimated that the cost of changing 1500 flags on local and central government buildings, ports, airports, schools and other buildings across the country would be nearly $700,000.

New Zealand Defence Force uniforms would have to be updated, at a cost of between $1 million and $2 million.

The ministry said navy ships, drivers' licences, New Zealand Police and New Zealand Fire Service flags would also have to change, but the total costs of changing these were not known.

Ministers said that none of these changes would be done overnight if the alternative flag won the referendum.

Associate Transport Minister Craig Foss said Government had no intention of recalling and reissuing every New Zealand driver's licence. The flag on licences would instead be updated when people renewed their licence.

In a speech in Auckland yesterday, New Zealand First leader Winston Peters said that the cost of recalling all New Zealand passports and putting a new flag on them was up to $428 million.

"This is just one example of the work they never did when they put the issue to the public, and there are many more examples of cost possibilities that [Prime Minister John] Key didn't care to mention."

However, a spokesman for Internal Affairs Minister Peter Dunne said that passports would not be recalled if the flag change.

The total cost of the flag referendum process is $26 million but that excludes how much it will cost to roll out the changes.