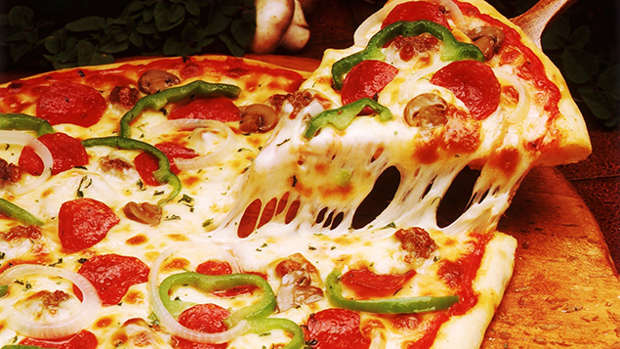 First of all, yes there is apparently such thing as a pizza expert.

Trusted food writer Daniel Young caught up with renowned pizza consultant Enzo Coccia and he said the problems with our pizza-eating start before we even take the first bite.

“The mistake everyone makes is holding the pizza by the crust,” Young told Manchester Evening News. “That’s not to say you should grab it by the cheese-strings, but if you try to lift Neapolitan pizza by the crust the topping will slide off and you’ll be left with a soggy, sorry-looking piece of dough.”

The crust is the least messy part it makes sense to hold it there doesn't it?

There's another rule as well...

Young goes on to advise the pizza-consuming population that pizza isn’t meant to be sliced and adds that we should fold it before biting into it. Why? “Because Neapolitan pizza was eaten on the street, folded twice upon itself like a wallet,” he said.

We see where he is coming from but we're not sure we will be adopting his rules.