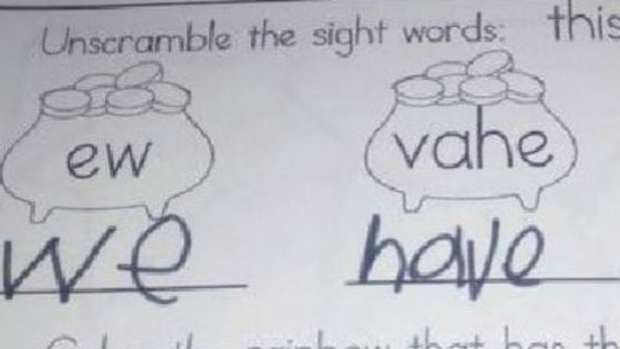 Technically, the kid was right but it probably wasn't the response her teacher was looking for.

The primary school girl was asked to unscramble three "sight words" (for those who don't have children, that means words that don't sound the way they are spelled) that have been jumbled, with hilarious results.

Thankfully, though the child's mother had a sense of humour, uploading a photo of her work with the caption: "I too have a daughter going places".

The post quickly went viral, with close to two million views in two days and 188 comments: