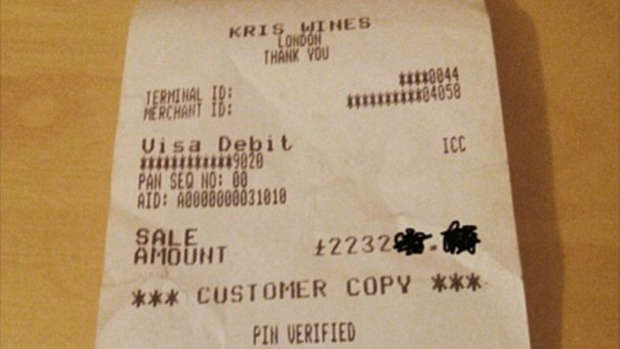 A shopper was accidentally charged £223,000 for six bottles of beer at his local off licence.

The 28-year-old was expecting to pay £22.30 for the American Craft beers, but a mishap led to him being billed the price of a four bedroom house in Derbyshire.

The shocked customer did not notice the error until his card was declined at the till by his bank.

The blunder at Kris Wines in Islington, north London, was believed to have happened after the man's PIN number was added to the total.

'They looked fine so I tapped in my PIN.

'As soon as it declined the shop assistant and I realised what had happened and we just laughed.'

Kris Menan, manager at the off licence, said: 'It was a mishap caused when the customer entered his PIN too quickly and the numbers added onto the final amount.

'Sometimes you have to wait a couple of seconds, but the customer was just too eager.

'The amount was declined and I gave the man the receipt.'