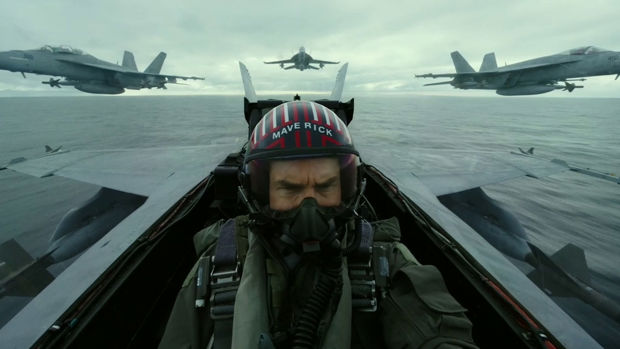 Tom Cruise is known for going above and beyond in his films. He is even in the process of filming a movie set in space, in space!

Now, he is working on his long-awaited sequel to the classic 'Top Gunn'.

Ever since production began on Top Gun: Maverick, the long-awaited sequel to the’80s classic, Tom Cruise has been adamant that the movie will feature real flying and practical effects. In fact, the actor wouldn’t even agree to do the film unless the studio promised him that there would be “no CGI stuff,” which should come as no surprising considering Cruise’s reputation for routinely risking his life while making the Mission: Impossible films.

“I said to the studio, ‘You don’t know how hard this movie’s going to be. No one’s ever done this before,’” the actor told Empire back in January. “There’s never been an aerial sequence shot this way. I don’t know if there ever will be again, to be honest.”

True to his word, there is footage of Cruise definitely flying a jet. In a new interview posted to Skydance studio’s Twitter account, high speed fighter jets are seen rattling crew members and kicking up dust as they zoom overhead for the cameras. Sure enough, there’s Cruise right there in the cockpit, and there’s nothing CGI about it.

You can watch the high-octane video below: