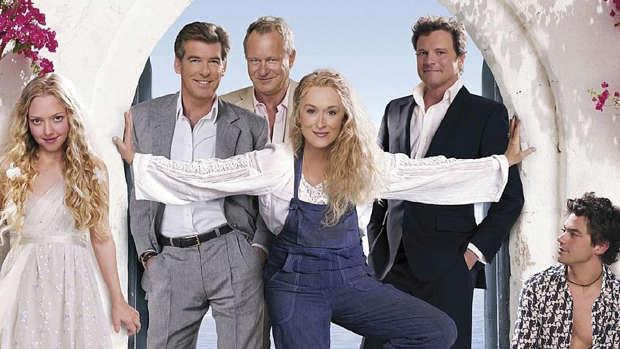 Earlier this week we told ABBA fans, it was time to book themselves flights to London!

Because for a limited time only, a Mamma Mia themed restaurant has opened at The O2!

The pop-up restaurant, called MAMMA MIA! THE PARTY, has been created by ABBA's Björn Ulvaeus and the experience features an immersive theatrical performance, a mouth-watering four-course Mediterranean feast with a welcome drink and an ABBA disco you won’t be forgetting anytime soon.

You’ll be transported to the Greek island of Skopelos as you step through the doors of Niko’s Taverna at The O2.

With Mediterranean flavours filling the air and ouzo being cheers’d at every table you'll be on fine form to sing and dance to all of ABBA’s greatest hits!

And now Björn has just announced the restaurant is set to make its way across the ditch!

The Swedish music legend told The Graham Norton Podcast he has plans to take the restaurant around the world.

Björn said: "The first stop I think will be Las Vegas and then after that probably New York or Hamburg.

So now it's time to "take a chance" on your trusty ol’ flares, get your dancing shoes on and find your Fernando at the ultimate '70s party in Aussie!