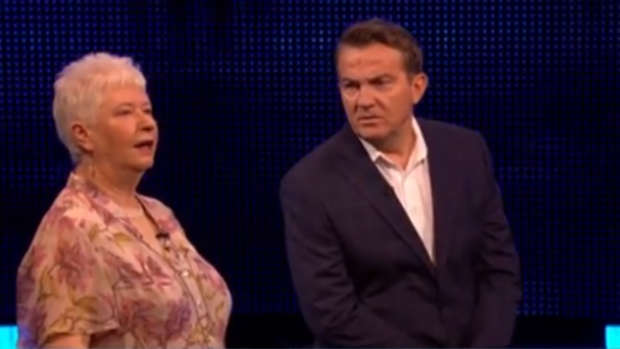 The Chase's Bradley Walsh never fails to put a smile on our faces - and a recent episode of the much-loved game show was no different.

After a respectable cash builder round, Storme was taken to the table to meet chaser Shaun Wallace, also known as The Dark Destroyer.

However, during her head-to-head round, the contestant broke a show rule ...

The much-loved host asked the question: "In what film does Helen Hunt play the love interest of Tom Hanks' character?"

The options were Cast Away, Big or Forrest Gump.

Once Storme had selected her answer, she said: "Not sure about this one. I've gone for Forrest Gump."

To which Bradley hilariously declared: "Don't tell me what you've gone for Storme!"

As the contestant apologised to the popular host, the 60-year-old continued his rant by saying: "You're not allowed to do that."

After his humourous tirade, the presenter then reiterated what Storme had said revealing her answer and asking her to explain her reasoning for a second time.