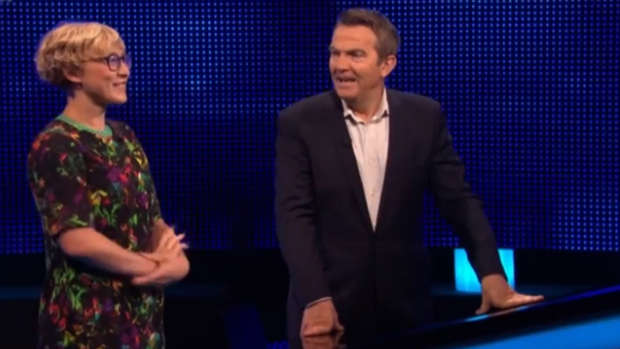 The Chase's Bradley Walsh never fails to put a smile on our faces - and a recent episode of the much-loved game show was no different.

After a respectable cash builder round, Erika was taken to the table to meet chaser Anne Hegerty, also known as The Governess.

However, before her head-to-head round, the contestant tried to be the person taking charge to start the game.

Erika could be heard asking The Governess if she was "ready."

To which Bradley hilariously declared: "I'm the one who says ready."

As the contestant apologised to the popular host, the 60-year-old continued his rant by saying: "I'm in charge of the show. No-one else says ready other than me."

After his humourous tirade, the presenter then reiterated the player's sentiments to begin the round.