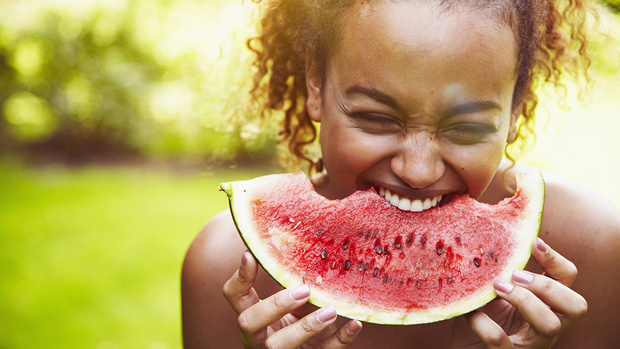 Summer is well and truly underway, which means it's time to indulge in lots of juicy watermelons.

If you love watermelon, you'll be familiar with the struggle to pick out a good one at the supermarket.

Because let's be honest, nothing is worse than coming home with fresh watermelon, only to find it's almost flavourless.

But thanks to Rogers Farmers Market in Arkansas, they've revealed that the best you can do when buying a watermelon is to look for certain signs.

As long as you look for the following four things, you're almost guaranteed to choose a good one ...

1. Determine the watermelon's gender.
Surprisingly, watermelons have genders. 'Boys' are bigger and have an elongated shape. While 'girls' are more rounded. Try to choose a girl watermelon as they tend to taste sweeter.

2. Look for the field spot
The field spot, or the yellow spot, is the place where the watermelons rest on the ground. Ripe watermelons usually have creamy yellow or orange-yellow splotches, which indicates that it ripened naturally in the sun. Watermelons with white spots signal it was picked too early.

3. Look for the webbing
The web-like, brown "scars" on watermelon are created when bees pollinate the flower. The more webbing it has, the more pollination it received, and the sweeter the watermelon is.