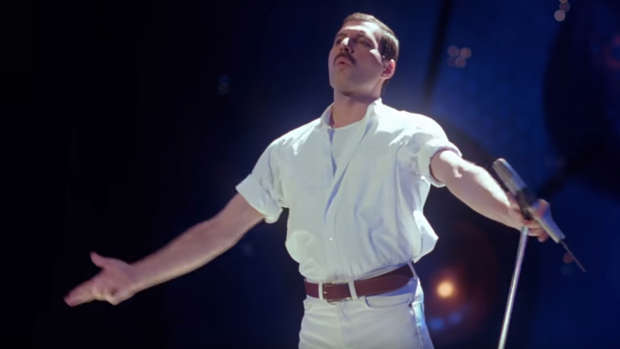 While it has been 28 years since the legendary Queen frontman Freddie Mercury left this earth, he still holds a special place in many people's hearts.

And one of those people was British glamour model Jodie Marsh. However, the 40-year-old was left majorly disappointed after she got an inking in tribute to the 'Bohemian Rhapsody' singer which ended up looking nothing like him.

Taking to social media, Marsh confessed she knows it's "not the best" tattoo and "looks bad" but that she was "absolutely knackered and in a lot of pain" so hadn't initially looked at the art "closely enough to see the faults".

"The next morning I put a video up, still without fully examining him. I could see he wasn't perfect, but I thought he might look better when healed. It was only when I really studied him & chatted to friends that I truly saw the extent of what he looked like," she wrote.

She also revealed the tattoo was done by her friend.

Please read. If all we learn from this is not to be a bully then that’s a massive positive isn’t it. Peace and love ✌🏼

"I truly think Georgia, for whatever reason, had a bad day and I would still recommend her (just maybe not for Freddie portraits)," she went on.

She ended the post by appealing to her followers not to bully Georgia and said the tattoo artist has since offered to pay for the inking to be fixed or covered.