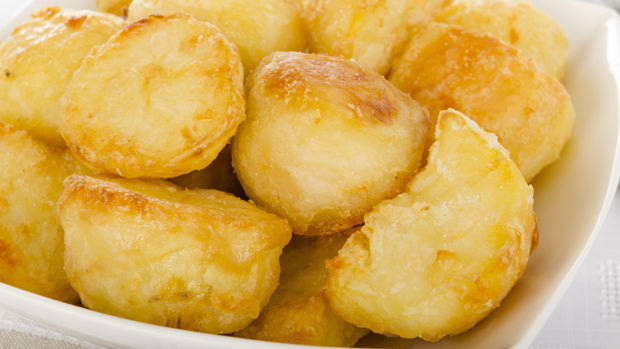 While it has already been two days since Christmas, it's not the festive period without roast potatoes!

However, it can be tricky to get your spuds perfectly golden and crisp on the outside, and soft in the middle.

Now TV chef Jamie Oliver has revealed his hack for the perfect roasties just in time for summer.

In a video for his Youtube channel, the 45-year-old father-of-five says he uses a flat utensil, such as a potato masher, to squash his roast potatoes once they are cooked.

The restaurateur says the trick means there is a larger surface area which makes the potatoes even crispier on the outside, and fluffier in the middle.

"Once you've done this you will never ever ever look back," he promises in the video, which contains his best tips and hacks for cooking Christmas dinner.

Jamie tells his viewers, who have watched the video nearly 60,000 times since it was posted, that you need to parboil the potatoes before tossing them in "a little butter and olive oil".

You then roast the potatoes until golden - and that's where the masher comes in.

Once they have had their time, Jamie lightly squashes the potatoes using a flat implement, before topping the spuds with sage leaves.

He then roasts the potatoes for another 10 minutes in the oven.

And it's as simple as that!