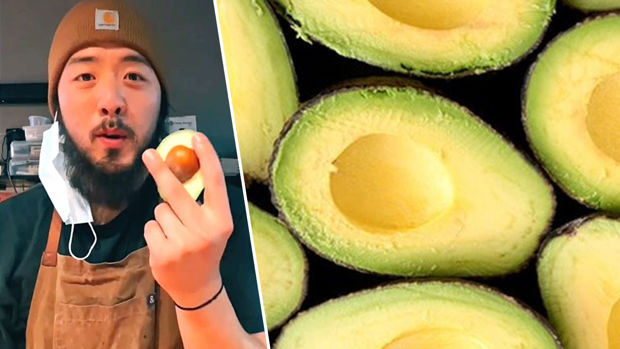 One man is going viral after he revealed his super simple food hack to remove an avocado seed without using a knife.

While the most common techniques to remove the seed includes hacking a sharp knife onto its slippery round surface or scooping it out with a spoon.

Tag @partyshirt so they can see if this CAP or FACT! ##sushi##chef##foodtiktok##foryou##apronsquad

However, sushi chef Cho has a much easier method ... and the answer to your problems is literally your own hand!

Taking to TikTok, Cho shared a video - which has already been viewed more than 1.2 million times - of him demonstrating how he "effortlessly" removes the seed from the avocado using just his two fingers and thumb.

He demonstrates the hack by slicing around the fruit to split it in two, as per usual.

He then casually places his index and middle fingers on either side of the seed, before using his thumb to push the seed forward from the back easily popping it out.

So simple. So genius.