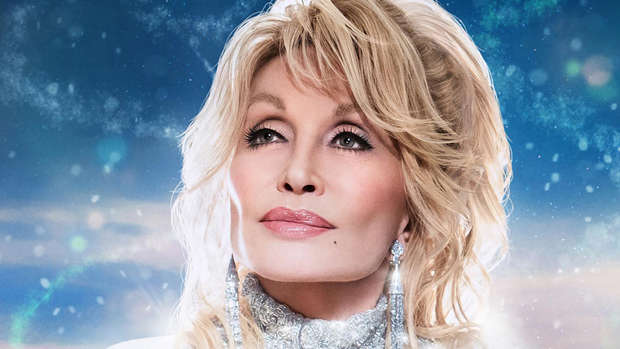 Dolly Parton is continuing to share the Christmas cheer and this time she's getting Netflix to help!

The streaming service has just announced four NEW Christmas films heading our way, including the Queen of Country's festive flick Christmas on the Square.

The film stars Christine Baranski as the lead, along with Jeanine Mason, Jenifer Lewis, Treat Williams and Parton herself appearing in the form of a Christmas angel (of course). The movie's plot follows a rich woman named Regina Fuller (Baranski) who returns home after her father's death with plans to sell his land to a mall developer.

However, after an encounter with a guardian angel (Parton), Regina undergoes a Grinch-like change of heart and rekindles connections with the locals of her hometown, including a former flame.

Christmas on the Square - which is directed by Debbie Allen, who is best known for her starring role in Fame - will feature 14 original songs by Parton, including the title track from her upcoming holiday album, A Holly Dolly Christmas.

The flick will debut on Netflix on November 22.

As for the other festive films coming our way, there is a rom-com starring Emma Roberts and Australian actor Luke Bracey titled Holidate, which will be available from October 28.

A Jingle Jangle: A Christmas Journey is coming on November 18, and the long-awaited sequel, The Christmas Chronicles 2 will be out on November 25.

It's already starting to look a lot like Christmas!