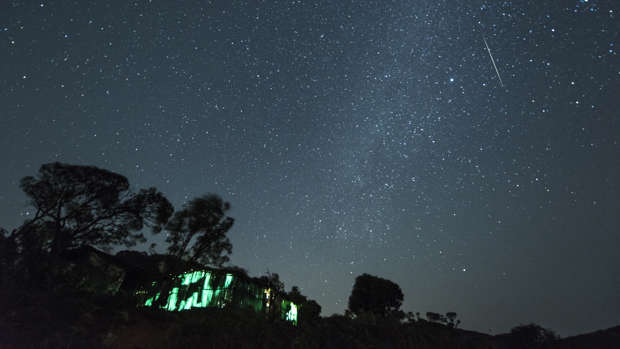 Kiwis will have a perfect view of a meteor shower shining across New Zealand thanks to the new moon.

The meteor shower, called the Eta Aquarids, is remnants of Halley's Comet and can be seen in the northern sky.

According to The Royal Astronomical Society of New Zealand (RASNZ), the radiant - the area the meteors appear from - rises at 2am Sunday, but will be best seen at 5am.

"The eta-Aquarids ... is visible for only a few hours before dawn essentially from tropical and southern hemisphere sites," RASNZ wrote on its website.

"The fast and often bright meteors make the wait for radiant-rise worthwhile, with many events leave glowing persistent trains after them."

RASNZ said stargazers should expect to see 30 or more meteors an hour.

Nasa's Meteoroid Environment Office told Space.com that Eta Aquarids is of medium brightness, and the darker the skies are the more people will see it.

"This is a good year, in May, if you want to catch a glimpse of debris from Comet Halley burning up," Cooke said.

Eta Aquarids lasts a week, however, Sunday morning is the best time to view the shower.

The only thing that may affect the view is the weather, which has been forecast as cloudy on Sunday.