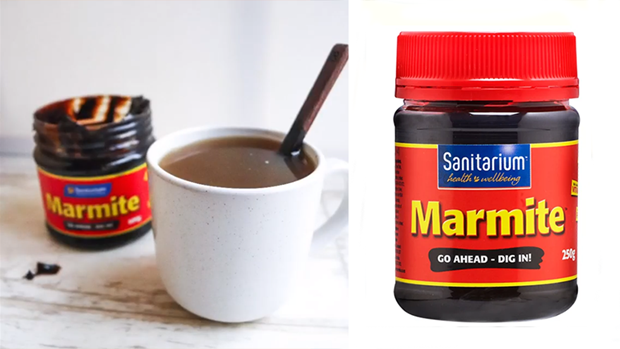 WHO thought this was a good idea?!

While many of us wake up to start our day with a piece of Marmite on toast, Sanitarium has just suggested a new way of enjoying their product ...

In a post on Instagram, Marmite shared their tip for drinking Marmite mixed with hot water for a Miso Soup type drink.

True or False: You can drink Marmite. Answer: True! Along with tasting great in broths Marmite is also great on it's on as a cuppa with hot water - it's like a Marmite Miso Soup! 😯🍵

Alongside a picture of the spread in liquid form, the company wrote: "Along with tasting great in broths Marmite is also great on it's on as a cuppa with hot water - it's like a Marmite Miso Soup!"

And people aren't sure what to make of it.

One person commented: "That’s a big no from me."

While another said: "I love marmite defs trying this."

Someone else shared their hack for when they're sick, saying: "I literally do this every winter when I start feeling sick and it perks me back up by the next day, mix in a little Manuka with it and she’ll be right 😉."