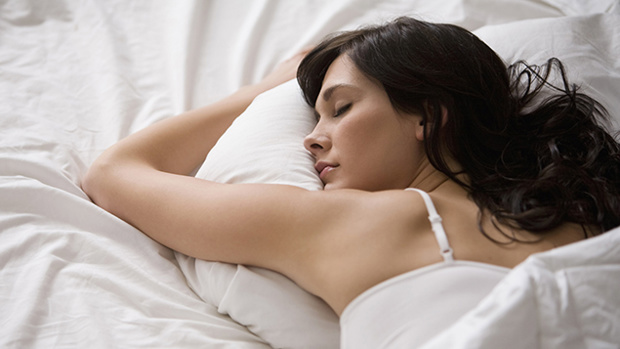 We've all experienced this feeling.

You know when you're drifting off to sleep and just as you're about to slip into that sweet slumber, BAM! Your body randomly jerks.

But have you ever wondered why it happens?

Apparently, scientists have finally figured out what it means. They've even given it an official name, the "hypnic jerk."

The hypnic jerk is described differently by everyone, but commonly shared experiences say that it feels like falling.

READ MORE:
• According to new study babies that wake up in the night and need less sleep are smarter

Researchers think that a few external causes, like caffeine and tobacco, might increase how often the hypnic jerk happens to you. They recommend avoiding any caffeinated drinks if bedtime is only a few hours away.

Sleep deprivation and some drugs can also have similar effects. This "jerk" is seen most often when a person falls asleep rapidly during the day or after they've been in an exhaustive state. On rare occasions, when the body is really exhausted, the brain will process stages of sleep too quickly, confusing itself into thinking that the body and it's major systems are failing.

It responds by jolting you awake with a burst of chemicals, one that the brain might interpret, and then build a dream designed to wake you up, which is the basic premise behind the theory of the 'hypnic jerk.'