It's hard to believe, but it has been 35 years since Live Aid hit screens across the world to raise money for African famine relief.

The amazing production - which was simultaneously broadcast from both Wembley Stadium in London (attended by 72,000 people) and John F. Kennedy Stadium in Philadelphia (attended by about 100,000 people) - brought the world together and raised around $250 million for Africa. 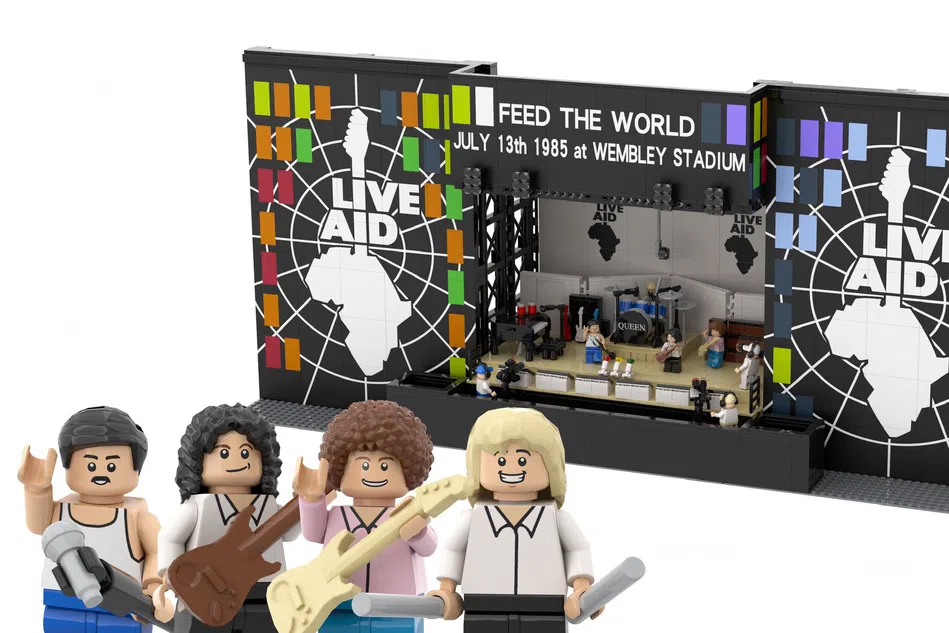 While Phil Collins managed to perform at both stages across the world thanks to the blistering pace of the Concorde, the set that stole the show - and has since been labelled as one of the greatest live performances of all time - was Queen.

Their iconic 22-minute set - which was performed by Freddie Mercury, Brian May, Roger Taylor and John Deacon at London's Wembley Stadium - saw the rockers belt out six of their biggest hits, including 'Bohemian Rhapsody', 'Radio Ga Ga', 'Hammer To Fall', 'Crazy Little Thing Called Love', 'We Will Rock You' and 'We Are The Champions.'

And now someone has constructed a LEGO replica Live Aid stage set, complete with Queen members - in the hope that his idea will be turned into an official LEGO kit. "The scene used three 32x32 panels. Both sides of the wall are printed with THE LIVE AID logo," creator Mincher_Lee said of the project.

Live Aid was one of the largest-scale satellite link-ups and television broadcasts of all time with an estimated global audience of 1.9 billion, across 150 nations, watching the live broadcast.